Marvin Gaye arrived by boat in Ostend on a cold winter morning in 1981. The singer had fled the US, without a penny to his name and battling a cocaine addiction. His arrival marked the beginning of a fascinating tale about Ostend and Marvin Gaye and how they influenced each other.

The Ostend concert promoter Freddy Cousaert took Gaye under his wing, managing to keep him clean and getting him back on track. One and a half year later Gaye would make an amazing comeback with his LP "Midnight Love" and above all his single Sexual Healing, which he recorded in Belgium.

During the "Midnight Love Tour" documentary walk you can find out more about his comeback and how the worldwide hit "Sexual Healing" was created. In addition to the master's voice himself, you can also hear contributions by Jan Hautekiet, Patrick De Witte, Freddie Cousaert, Jamie Lidell, Arno and many others. 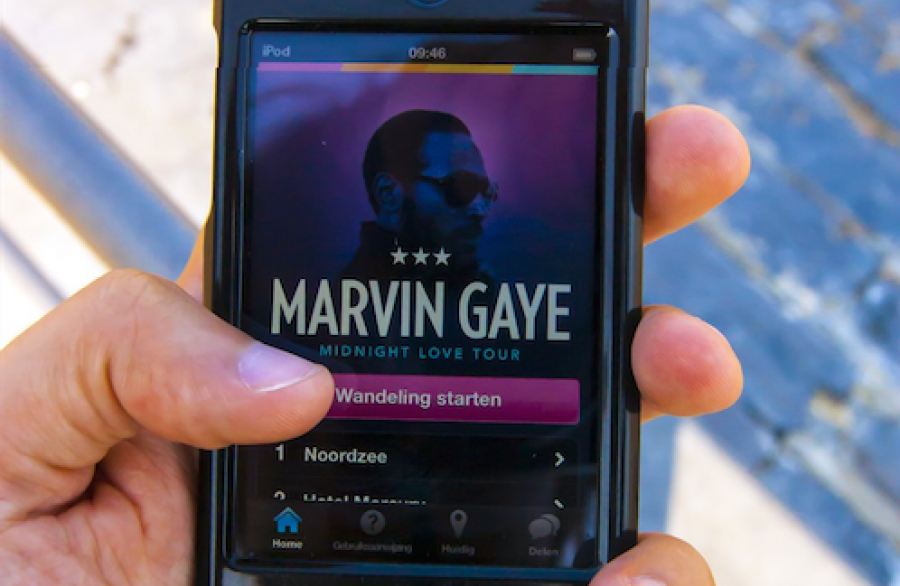 This digital walk is available for € 5,49 via Google Play Store or in the App Store.