A nice atmospheric cafe with a large selection of Belgian beers and gins. And they serve delicious dinners too. 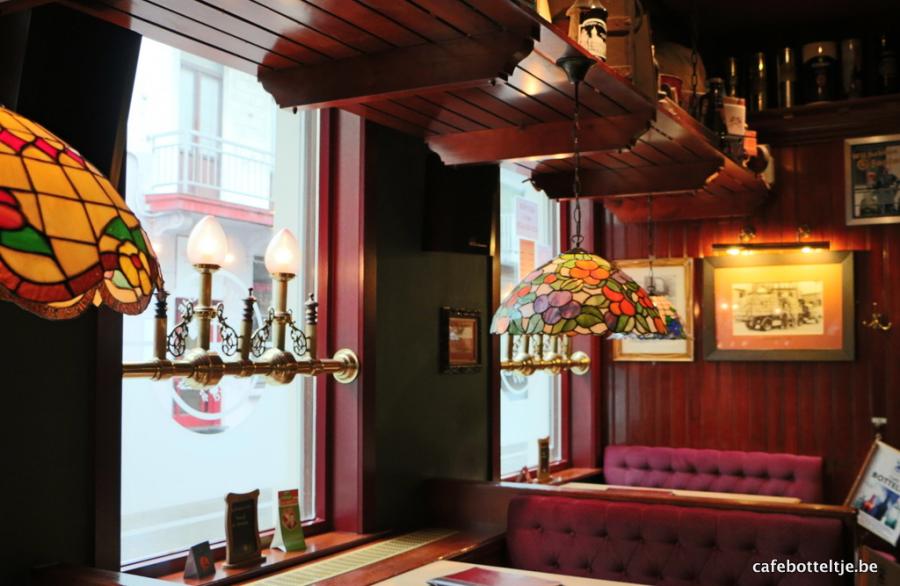 First and foremost, Café Botteltje is the place to be if you want to have a beer or Dutch gin. As the average Belgian customer (and foreign tourist) likes to combine drinking with a little something to eat, the menu also features various types of finger food, salads, mussels and a selection of fish and meat dishes. Café Botteltje actually has a very subtle approach towards the catering they offer: they focus on snacks and dishes, which perfectly match the various – sometimes heavy – beers. Take the “bitterballen” (crunchy, deep-fried meatballs) accompanying a glass of La Trappe Quadrupel or a portion of Oerbier pâté. And why not try the finger food plate, which contains the ‘best of all worlds’, depending on the offer and the chef’s mood.

There is quite literally not a single establishment at the Belgian coast – and even in Flanders – where you can drink some many different types of beer and Dutch gin. No less than sixteen different beers are available on tap, ranging from the all-time favourite Jupiler to the more heavier stuff such as the St. Bernardus, La Trappe’s only Trappist blonde beer in the world, the Liefmans Goudenband and the delicious IPA produced by the Amsterdam brewery ‘t IJ.

Café Botteltje reflects the style of a typical pub: it is a combination of a traditional pub with an English gentleman’s club. Such an establishment does not need to have a trendy design or austere interior; it actually needs to be slightly baroque. Thanks to the feeling of privacy created by the woodwork, your company will immediately feel at home.

We would like to taste an Ostend tap beer and today, this appears to be the Keyte Tripel, i.e. the ‘Ôstens Belegeringsbier’ (a beer commemorating the Siege of Ostend). A blonde 33 cc beer with a 7.2 alcohol percentage, i.e. not one to be drunk the entire evening. It comes with two thick slices of home-baked Trappist bread – which can actually also be bought here – accompanied by a portion of heavy Oerbier pâté. Pearl onions and pickled gherkins, a fresh salad, a small bowl of lard and a cup of sharp mustard complete this rural experience. 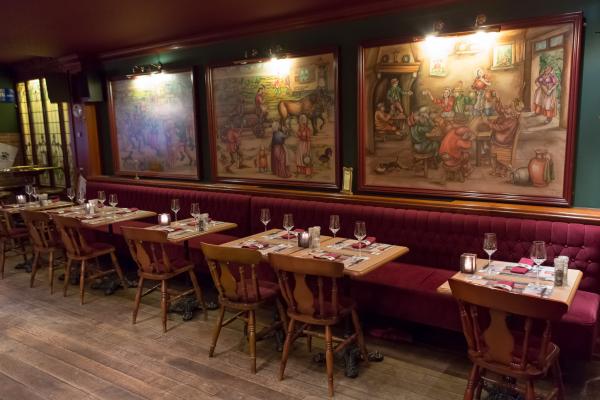 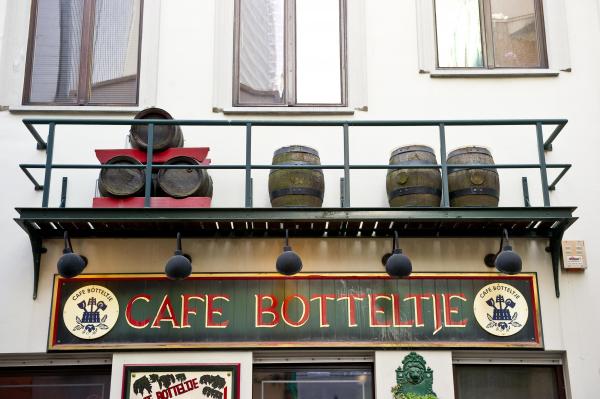 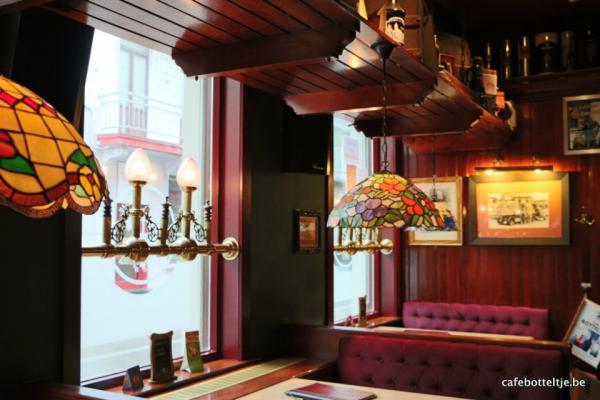 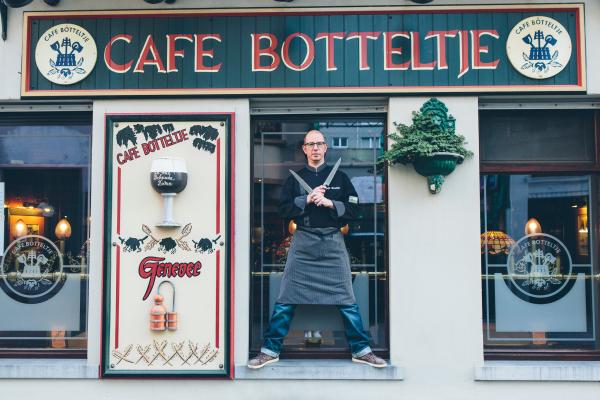 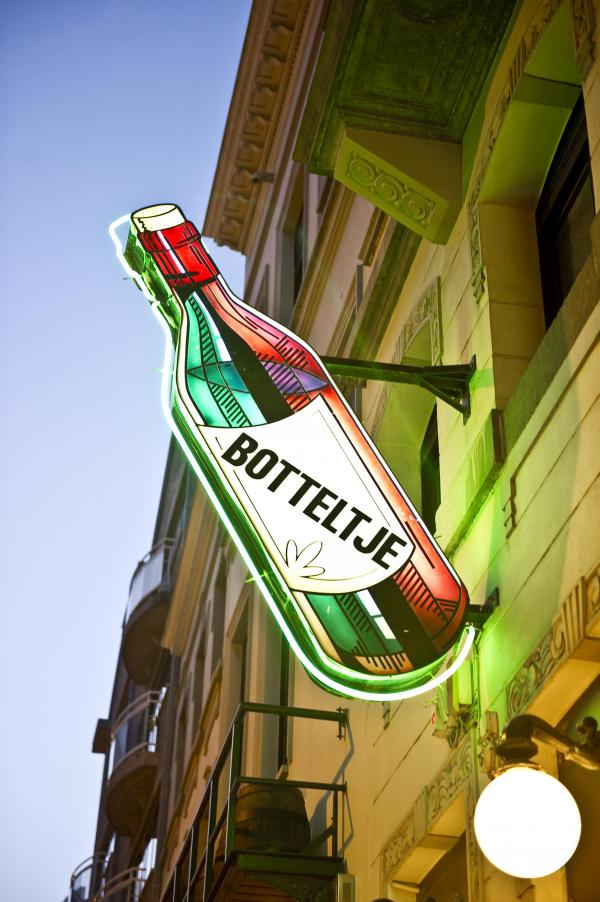