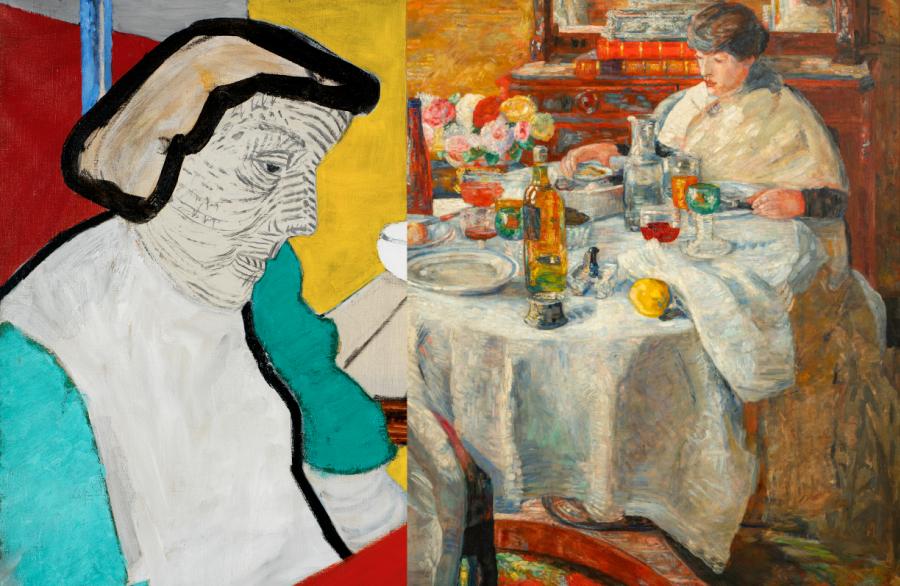 At first glance, there is little that James Ensor to Roger Raveel have in common, either as artists or in their work. Not only do they belong to different generations; their origins and social backgrounds also set them apart. However, if you take a closer look, you will discover some common characteristics. Both painters charactertise themselves as strong personalities and were seen as loners from an early age. James Ensor’s work reveals elements of impressionism, symbolism and expressionism, but ultimately transcends the established art movements, as does Roger Raveel, who – thanks to his innovative and fresh perspective on reality which art critics would later call the ‘New Vision’ – sets himself apart from the prevailing pictorial standards of the post-World War II era. Thanks to the power of their imagination, these two artists were able to transcend the mere depiction of reality. Raveel harboured a tremendous admiration for Ensor. He visited the Ostend master, together with his friend Marcel Ysewijn, in the summer of 1945. The Raveel Museum in Machelen-aan-de-Leie organised the first exhibition to feature the works of both painters in 2008. It is now Ostend’s turn – or rather, that of the James Ensor House – to renew this special dialogue on the occasion of the new ferry that will run between the West and East Banks of the Port of Ostend. The exhibition owes its title to the name of this ship: Raveel meets Ensor.