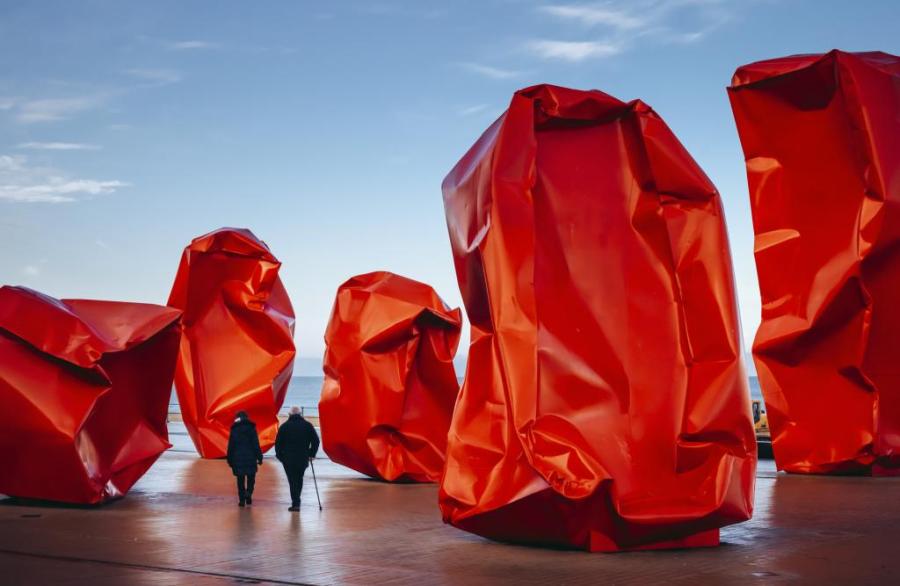 Arne Quinze developed a set of sculptures for the city of Ostend by the name of Rock Strangers. Strange objects that pop up at locations where you would least expect them, such as on the renewed Zeeheldenplein, the city's hotspot. It looks as if they have been washed ashore. Their bright orange color is in sharp contrast with their natural environment and has a strange effect. Rock Strangers forms a colorful accent in an otherwise fairly neutral, urban environment. With the huge metal installation, Quinze wants to offer a counterbalance to the increasingly strong uniformity in urban design. He also wants to penetrate the safe cocoon that people build around themselves in the city. Strange elements appear and contribute to a multicultural society.