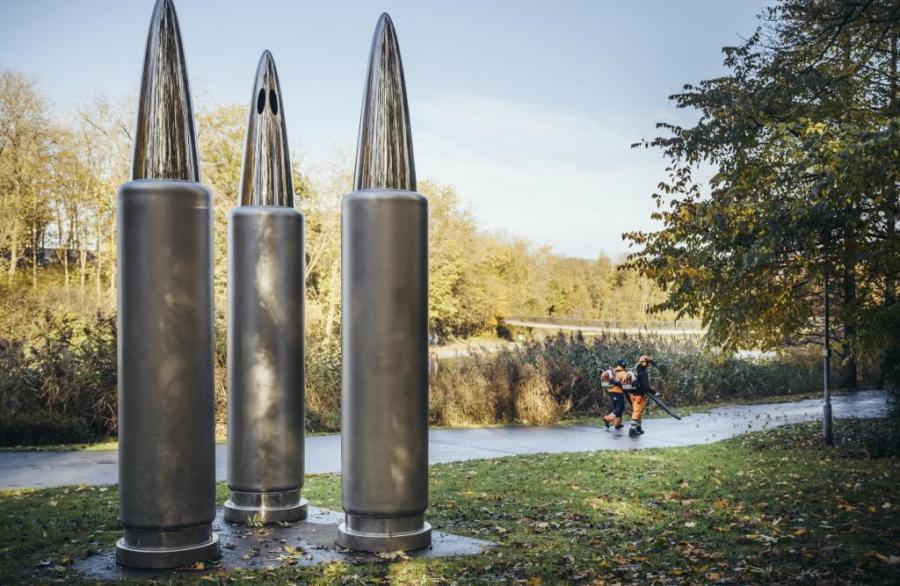 African-American artist Michael Ray Charles installed (Forever Free) Three Graces in Maria Hendrika Park. Although the trio of sculptures refers to the three graces that symbolize beauty, grace and joy, at the same time their shape reminds us of bullets and the Ku Klux Klan. By casting the stereotypical appearance of this racist movement into a formal caricature, Charles disproves and mocks it. His work was on display in Zeebrugge during the second edition of Beaufort. Afterwards, the city of Ostend purchased the work and placed it very appropriately near the Nelson Mandela Bridge, also an advocate in the fight against racism.